The renewed road bridge will solve the transport problems of Grodno for the coming decades. The opening is expected next summer

Vladimir Karanik, the chairman of the regional executive committee, got acquainted with the progress of work on the reconstruction of the former railway bridge into a road bridge on the Neman River. 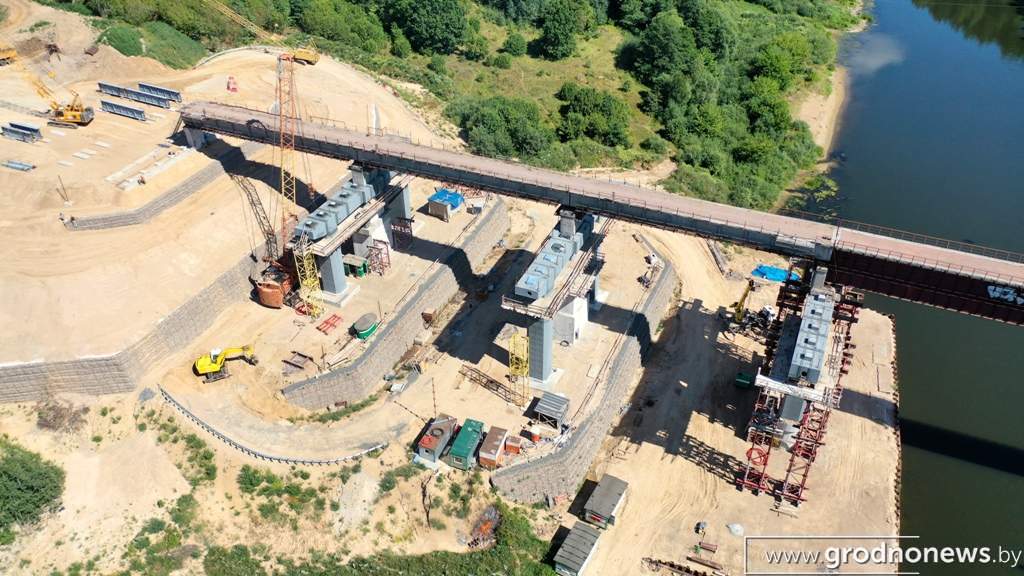 A large state investment project is being implemented in Grodno to rebuild an idle single-track railway bridge into a road bridge. This is an important component in the creation of a large bypass ring around the regional center. In the course of the project, the construction of a cloverleaf junction on the M-6 motorway was almost completed. Several superstructures have already been assembled from the left bank. The bridge crews started assembling the first span from the right bank. The state examination of the next stage of work is coming to an end, which will allow the road workers in the fall to begin the construction of approaches to the bridge from the Vishnevets microdistrict. 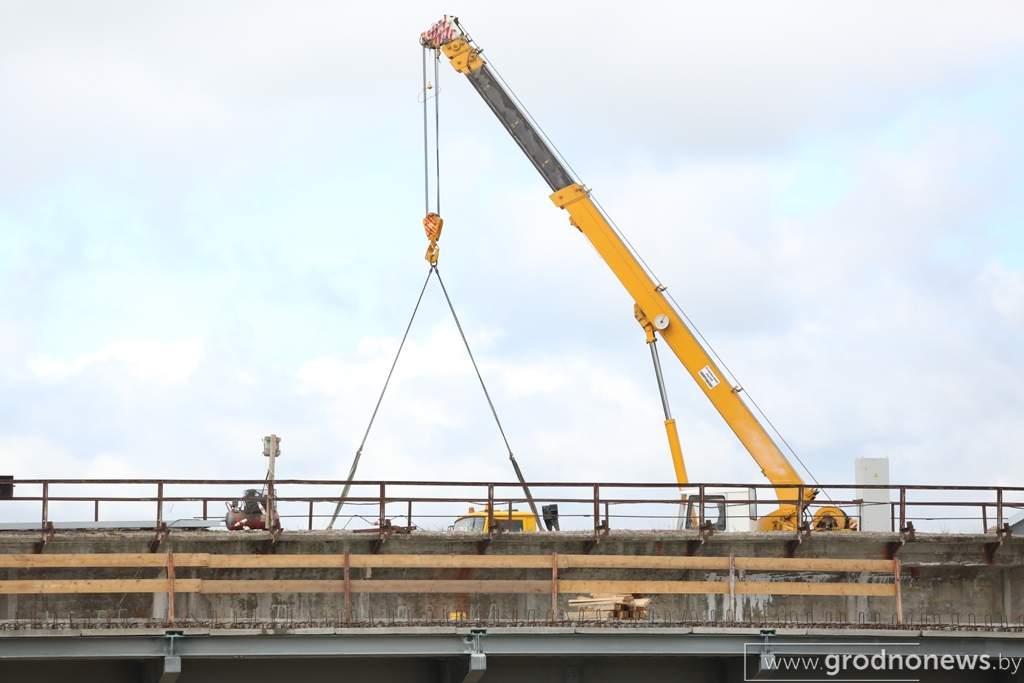 The work is carried out on schedule under the control of the construction headquarters, headed by Vladimir Deshko, the deputy chairman of the regional executive committee. 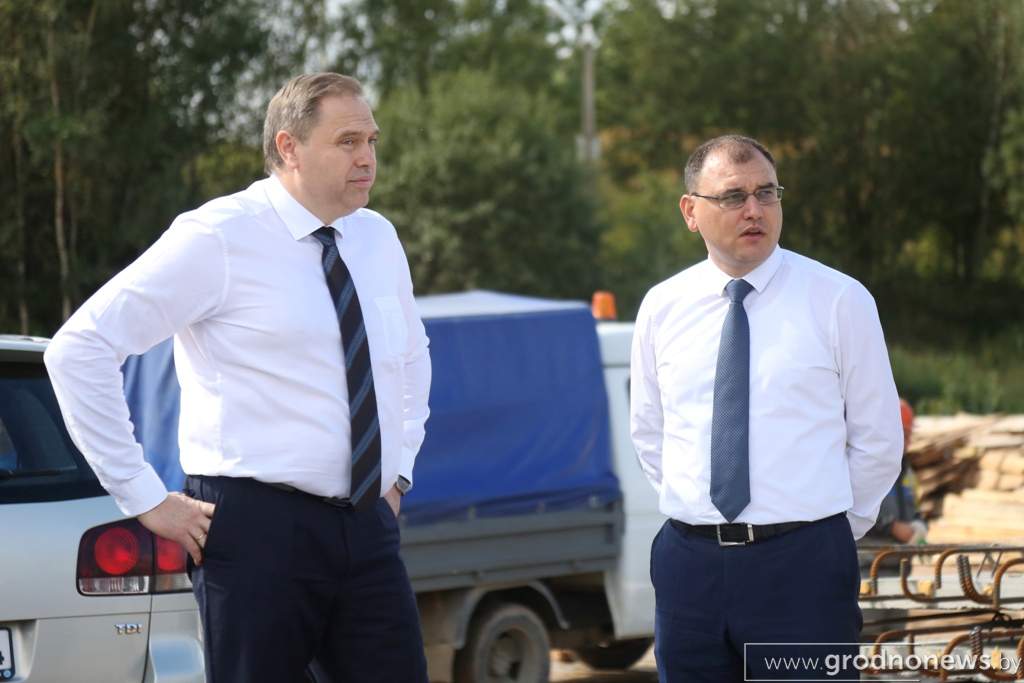 Vladimir Karanik and Viktor Karankevich, Minister of Energy of the Republic of Belarus, got acquainted with the progress of work at the facility. 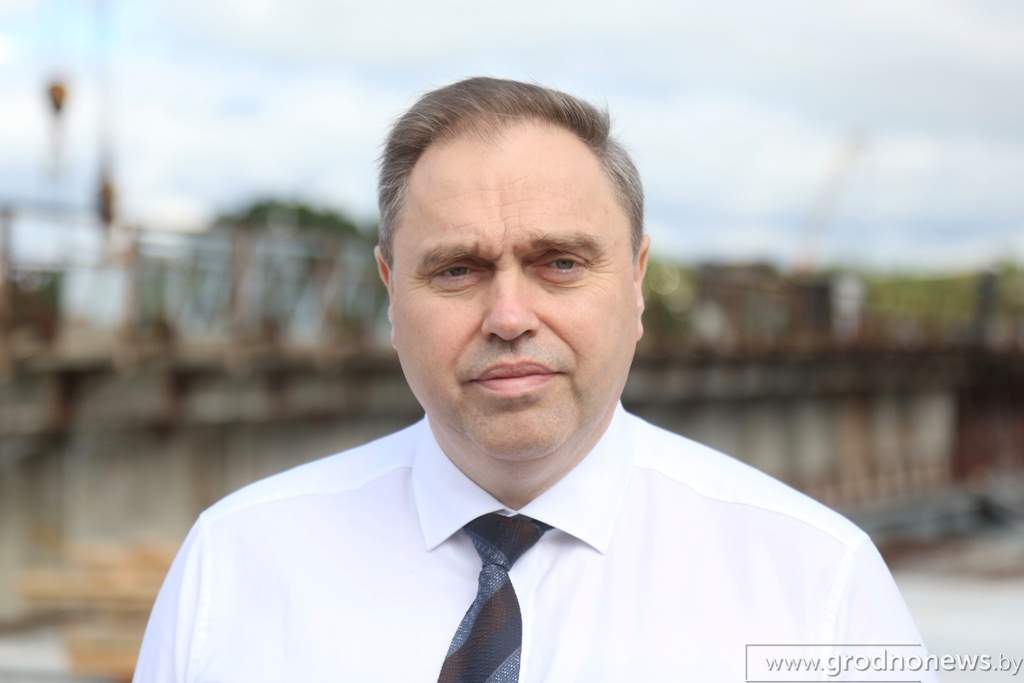 -This is in every sense a unique structure, since for the first time in the history of the CIS, a railway bridge is being reconstructed into an automobile one, stressed the chairman of the regional executive committee. This creates an opportunity to consider the future development of the city not for a year or two, but for decades. Of course, this bridge is needed now, but it will be even more in demand in 5-6 years, because the Olshanka and Vishnevetsmicrodistricts will grow further and a large bypass ring around Grodno will need to be formed. It will connect all rapidly developing neighborhoods and provide an opportunity to direct traffic flows bypassing the city center. Entrances will be created from other directions to the border with Lithuania, as well as to industrial zones in Auls and in the northern part of the city. The new bridge will not only relieve traffic flows, but will also make it possible to reconstruct the Rumlevsky bridge. 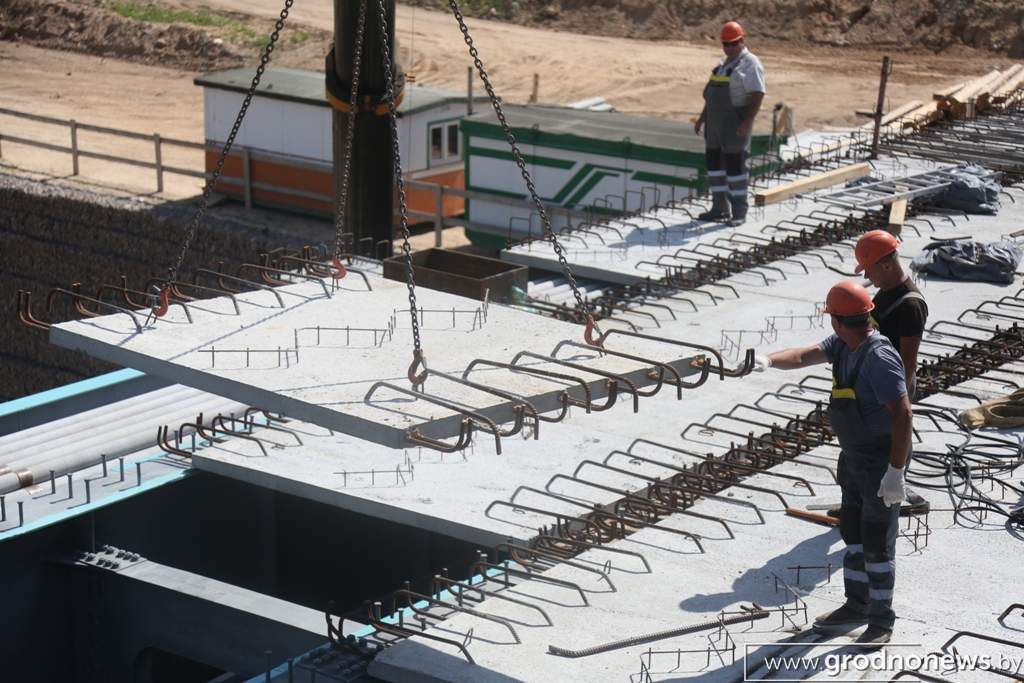 Vladimir Karanik drew attention to the fact that the bridge is being reconstructed in accordance with all environmental standards. A treatment plant will be built on its right side, which will receive rainwater from the bridge. 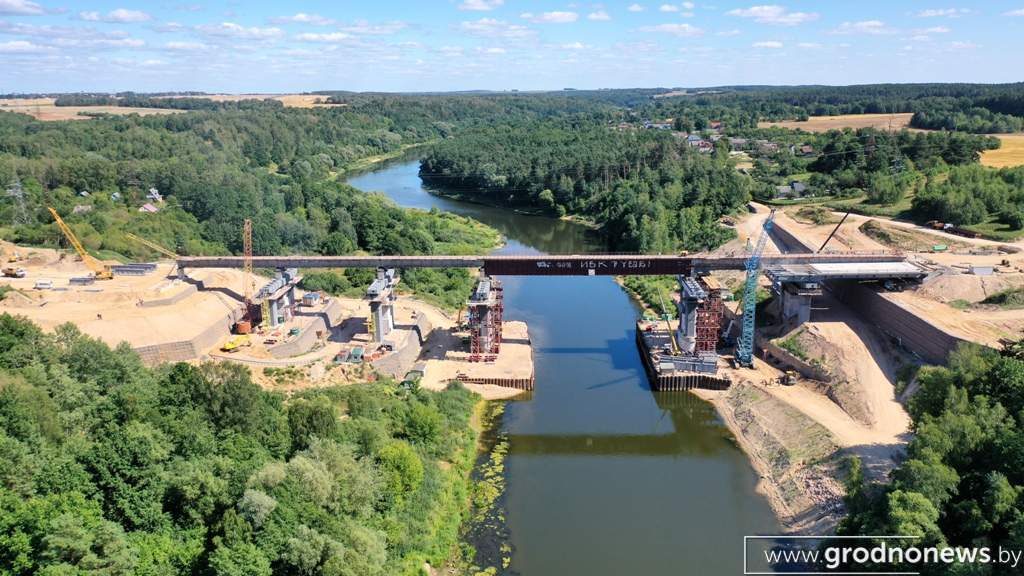 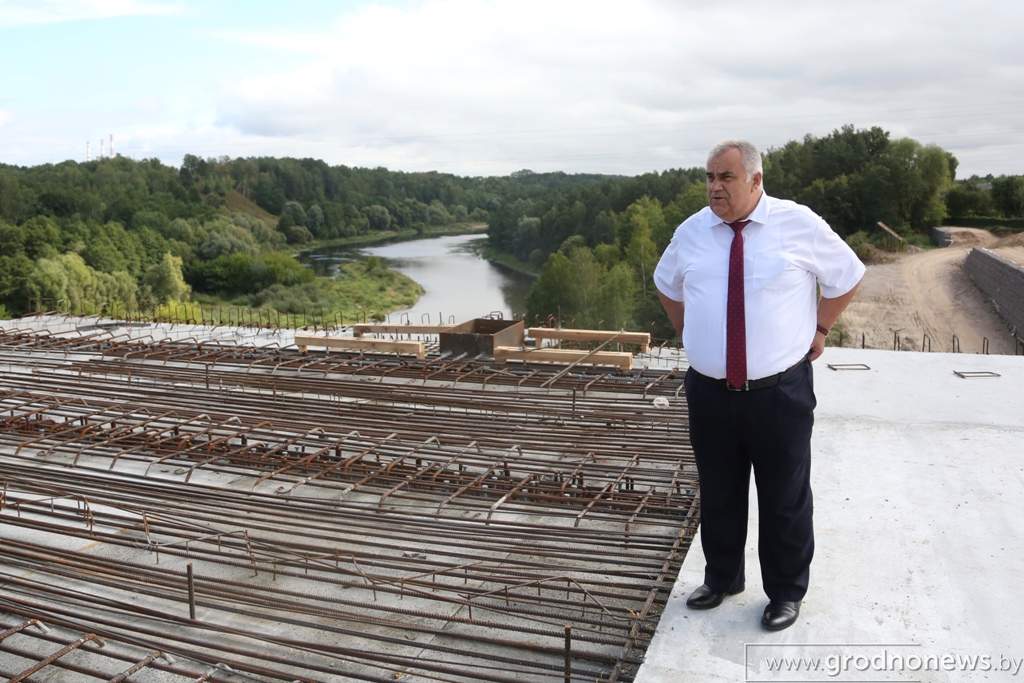 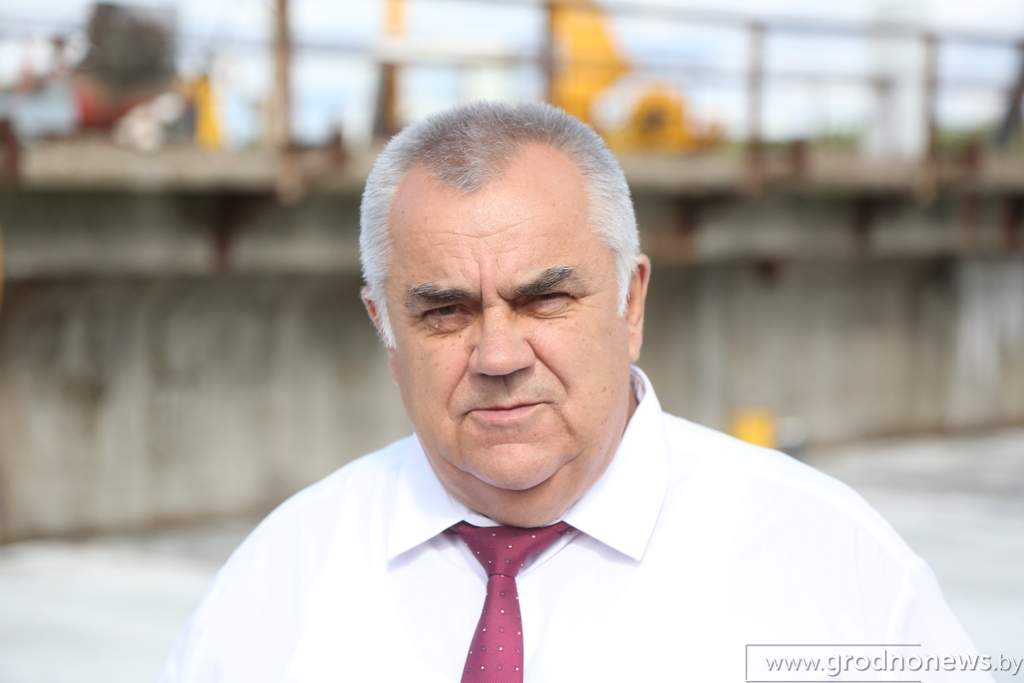 Grodno bridge builders and road builders work at the facility, if necessary, bridge builders from other regions of the country will be involved, but our specialists are still coping with the tasks set. Experts have calculated that such a reconstruction of an idle railway bridge into a road bridge would reduce the cost of work by up to 40% compared to the construction of a new one.

-We plan to build the next new bridge to complete the big ring around Grodno in the area of the building materials plant of the northern industrial hub and on the left side near the village of Balya Solnaya, answered Vladimir Deshko, Deputy Chairman of the Regional Executive Committee, on the question of “GP”. “This is the beginning of a 36 km long ring. It requires a second bridge, since you need to cross the Niemen twice.

It is planned that the renovated bridge will be commissioned next summer.