On 4th of October, Alexander Lukashenko, the President of the Republic of Belarus took part in the meeting of the II Forum of the Regions of Belarus and Ukraine in Zhytomyr, says BelTA.

During his speech, the head of state told how his first meeting with the new President of Ukraine was held, outlined the priority areas for cooperation between the countries, and also voiced the proposals of the Belarusian side to intensify cooperation in various fields.

About the first meeting with Vladimir Zelensky

-I thank all the Ukrainians, the President, for the invitation to visit fraternal Ukraine and take part in the II Forum of Regions. Time has provided us with an excellent chance to “synchronize our watches” and set perspectives for the future. We are ready to carefully study proposals for enhancing bilateral cooperation. I am convinced that our first meeting is personal acquaintance will be a big step towards strengthening and developing long-standing relations between states, said Alexander Lukashenko.

The head of state emphasized that the talks held today on the content and scope of the issues discussed were not just a personal acquaintance. -It was like parsing the rubble that has been created in recent years. Unfortunately, it happened, time chose us to rake these rubbles. We started to do it today, he said.

Alexander Lukashenko noted that between the regions, districts and cities of the two countries, 120 cooperation agreements are in force. They allow on an ongoing basis to ensure the development of economic, trade, cultural and humanitarian ties. The scale of this interaction allowed in 2018 to hold the I Forum of the regions of Belarus and Ukraine in Gomel. -The result of a dialogue between equal partners and good neighbours there were commercial contracts and agreements worth more than $ 100 million. This forum brought more than half a billion dollars. It is important that they are all being implemented, emphasized the head of state. A new solid package of documents signed these days - an indicator of the relevance and relevance of this relationship format. 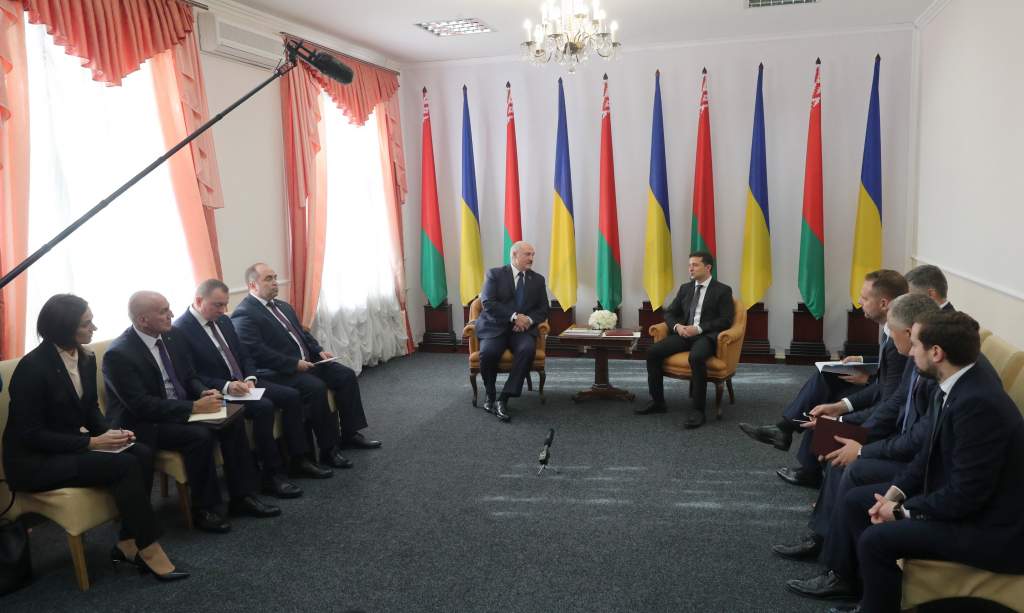 -Of course, Ukraine is one of Belarus’s main trading partners. Over the past year alone, we increased our goods turnover by almost a quarter, but this is far from the limit of our capabilities. The common history and the neighbourhood determined our priorities, including in the economic sphere. This is primarily fuel energy, agro-industrial complexes, industrial cooperation, transport and logistics, listed the President the main areas of cooperation.

Belarus is ready to negotiate an increase in the supply of petroleum products for Ukrainian enterprises. Alexander Lukashenko believes that in the future it is necessary to support joint projects in this area. - We do not hide the fact that today we are exploring alternative ways of supplying hydrocarbons from world markets. Most of the negotiations were devoted to this topic. We agreed that we will not just work out options, but will directly act. This is quite natural, not directed against some other countries. This is our need, if you wish, the current security of the two states, said Alexander Lukashenko.

Serious preconditions for mutually beneficial cooperation, according to the President, are created by the opening of the Ukrainian electricity market. The Belarusian side has already concluded several commercial contracts for its supply to Ukraine. With the launch of the Belarusian NPP in 2020, we will be very interested in the experience of the Ukrainian nuclear energy industry, he said. 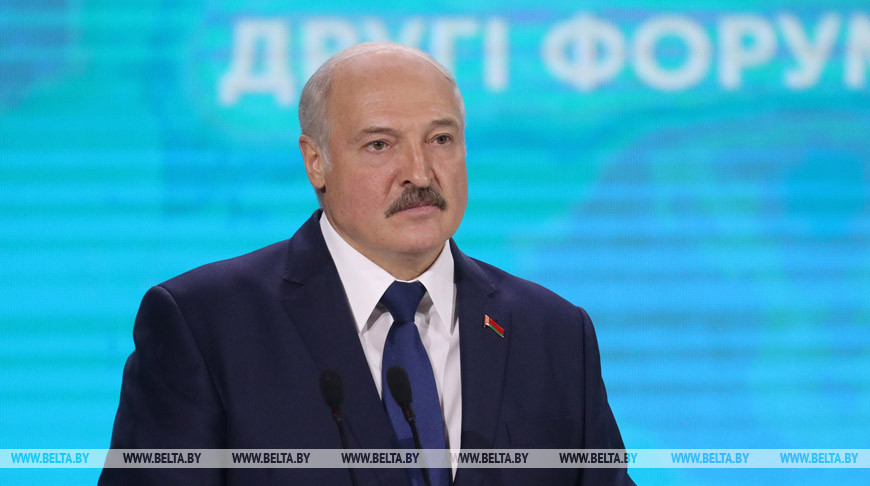 Alexander Lukashenko sees great prospects in engineering, the joint development of transport arteries. -The geographical position of our countries opens up good opportunities for the logistics sector. The transit attractiveness of Ukraine and Belarus can be strengthened by river navigation along Dnieper and Pripyat, its integration into the E40 international waterway, said the head of Belarusian state.

The President noted that trade is a two-way road. Belarus imports Ukrainian metal, agricultural and food products, feed additives, medicines and much more.

-The multibillion-dollar trade turnover between the two countries is formed on the ground. This explains our close attention to the development of interregional contacts, explained the Belarusian leader. He reminded that in Nikolaev and Nizhyn the assembly of MTZ tractors and Gomselmash combines was organized, in Lutsk and the Dnieper - Belkommunmash and MAZ trolleybuses, in Vyshgorod - Mogilevliftmash elevators, in Cherkassy - MAZ vehicles. In the Kiev region a large trade and logistic complex of companies group “Santa” operates. According to Alexander Lukashenko, there are many more examples of real economic cooperation in which the regions are involved. During the talks, the Heads of State confirmed their interest in creating joint ventures. -The sphere of interests is huge, said the President of Belarus. We offer our Ukrainian friends and brothers: let us come to you with the equipment and production that we have been doing for a long time, including in one state, and created together with you. All republics The Soviet Union contributed to the creation of aircraft manufacturing in Ukraine, and tractor manufacturing, machine building - to Belarus. Let's create these joint ventures today. 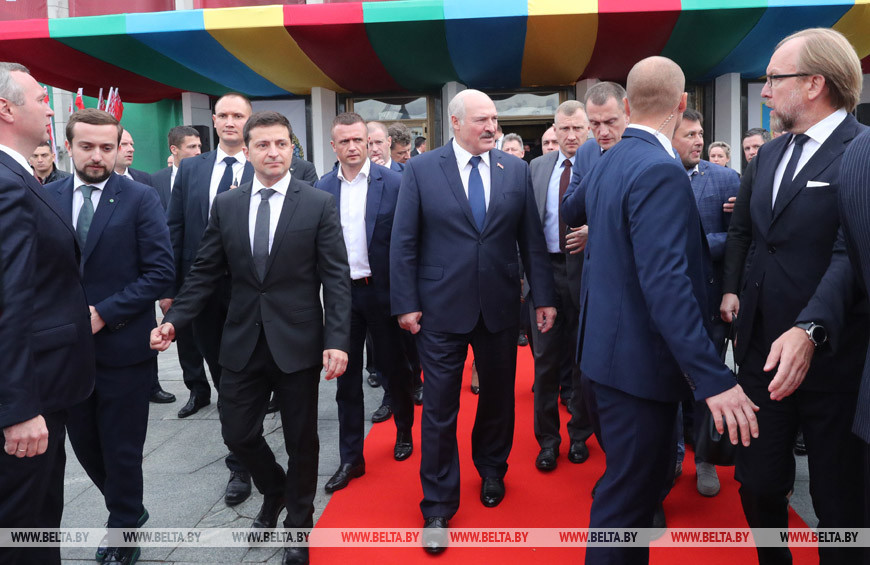 Alexander Lukashenko cited rocket science as an example, which Belarus today pays special attention to. -You have this school. You will help us. We will not master this program in five years, but in one and a half or two, he emphasized. And we will come to you with the product, goods and technologies and will develop what we never have and you haven’t developed, but Ukraine really needs it. According to the head of state, if Belarus and Ukraine can create a world-class product, then investments will come to countries faster and they will be able to help others. -The forum’s dialogue platform has proved its effectiveness. We see a significant contribution of the regions of Belarus and Ukraine to solving the problem of increasing trade, said the head of state. Perhaps, the President noted, this forum should be held not once every two years, but annually. The proposal is also supported in Ukraine. The parties agreed to discuss this issue and make an appropriate decision. On challenges for the Belarusian-Ukrainian friendship -I want to tell you honestly: closer and closer we are with you, closer our states will be, more united we are, greater resistance we will feel. No one will ever, no matter how the politicians around us and in the world declare, To be friends. Unfortunately, the world acts on the principle of "divide and conquer," said Alexander Lukashenko. At the same time, the President noted: the friendship between Belarus and Ukraine will not be under pressure from one side, but from the East and the West. - We are aware of this with the President (of Ukraine. - BelTA comment) and talked about this when we were negotiating one on one. We are determined to overcome this barrier, emphasized the head of state. We are kind people. We don’t want to be friends against someone, fight against someone. We must be strong.

The President noted that a special place in the relations between the two countries is occupied by the dialogue of cultures, built on the basis of traditions and spiritual values that are close and understandable to the heart of every Belarusian and Ukrainian. - A year has passed, but Minsk residents and guests of the capital are still impressed by the Days of Ukrainian Culture. Your groups and artists have become an adornment of international festivals - Slavyanskiy bazar in Vitebsk, the Kupalye festival in Alexandria. We are glad that Belarusian performers are also popular in Ukraine. We are proud that the artistic director of the ensemble "Syabry" (Anatoly Yarmolenko. - BELTA comment) became the laureate of the Ukrainian national program "Person of the Year 2018," said Alexander Lukashenko. 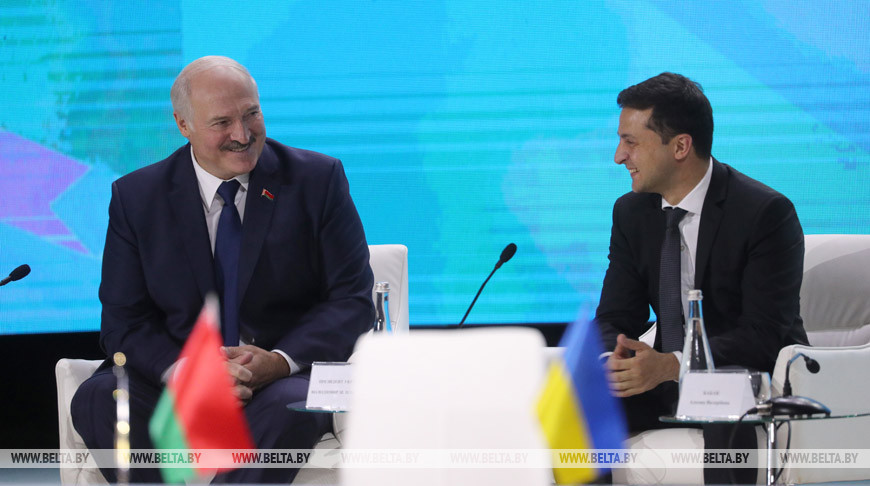 The upcoming Days of Belarusian Culture in Kiev, he added, will be a great opportunity for Belarusians to present a piece of their soul expressed in folk art and modern art to Ukrainian friends.

About cooperation in the field of sports

The head of state recalled that not so long ago, Minsk hosted the II European Games, a match between Europe and the USA. Ukrainian athletes took an active part in these competitions, and quite successfully: for example, at the European Games they became the third in the team event. -I think that our states together could compete for the right to host high-level international sports competitions. This is what I’m talking about the proposal of the President of Ukraine to think together about whether we can sway at the Olympic Games. For the two countries, it’s possible, said Alexander Lukashenko.

The President emphasized that Belarus and Ukraine are not just neighbors; countries are bound by bonds that are stronger than any of the most effective economic, diplomatic and cultural relations. -These are bonds of blood and spiritual kinship, bonds of our Slavic unity. And today these ties are supported by business contacts, cultural and educational projects, tourism, trips to friends, relatives. We value our relations very much and value friendship between our peoples very very much, summed up the Belarusian leader.