“There was a thundering noise for at least five minutes and I could see the ash clouds from my house,” said Jarmaji, a resident of Boyolali regency. 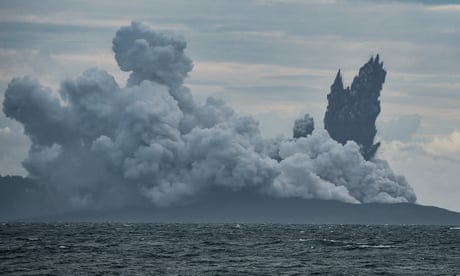 Authorities did not raise the volcano’s alert status, but they temporarily shuttered the international airport in Solo city – also known as Surakarta – some 40km away after the early morning eruption.

Mount Merapi’s last major eruption in 2010 killed more than 300 people and forced the evacuation of 280,000 residents.

That was Merapi’s most powerful eruption since 1930, which killed around 1,300 people, while another explosion in 1994 claimed about 60 lives.

The south-east Asian nation – an archipelago of more than 17,000 islands and islets – has nearly 130 active volcanoes.

It sits on the Pacific “Ring of Fire”, a vast zone of geological instability where the collision of tectonic plates causes frequent quakes and major volcanic activity.