Abbess Gabriela: "It is written by the heart." A book about the life of the Svyato-UspenskiyZhirovichi Monastery was presented in Zhirovichi

In May the agricultural town Zhirovichi will become the main center of pilgrimage tourism in Belarus.

There are two anniversary occasions for this. The Svyato-UspenskiyZhirovichi Monastery will celebrate the 550th anniversary of the miraculous Zhirovichi icon of the Mother of God, and the monastery itself will celebrate five centuries from its founding. Preparations for the festive dates in the region began a long time ago, and one of the forerunners of large-scale events this week was the presentation of the book of the abbess of the Grodno Holy Christmas-Mother of God Convent of the Mother Superior Gabriela "Compassionate Intercession of White Russia". 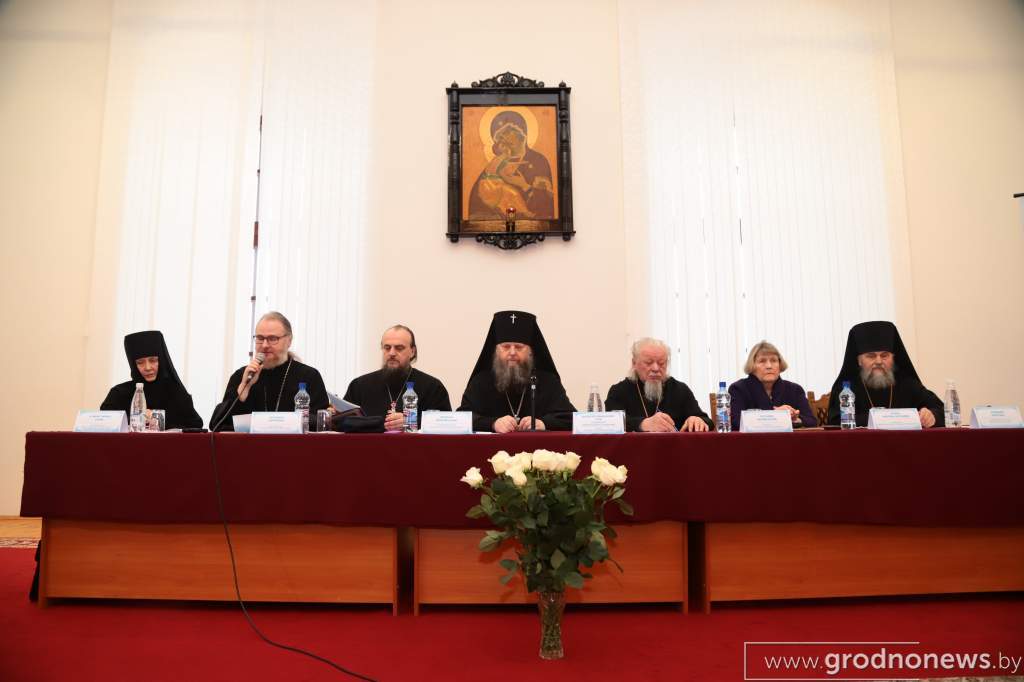 The book is unique, as is the work carried out by the authors. The publication introduces the reader to the monastery in different historical periods. Each of the eight chapters tells about a specific time from the life of the monastery and not only. So the first tells of the phenomenon and re-acquisition of the miraculous Zhirovitsky Icon of the Mother of God and the history of the monastery until 1613.

The work on content side of the book began long before the upcoming anniversary dates. At the suggestion of Archbishop Guria, back in 1999, Abbess Gabriela prepared a brochure on the life of the monastery for the 2000th anniversary of Christianity. Blessing these works, Patriarch Alexy II, according to the recollections of the author of the publication, then called the booklet a book. Already in 2004 in an augmented version, it was reprinted first with a circulation of five, and after that - 10 thousand copies. 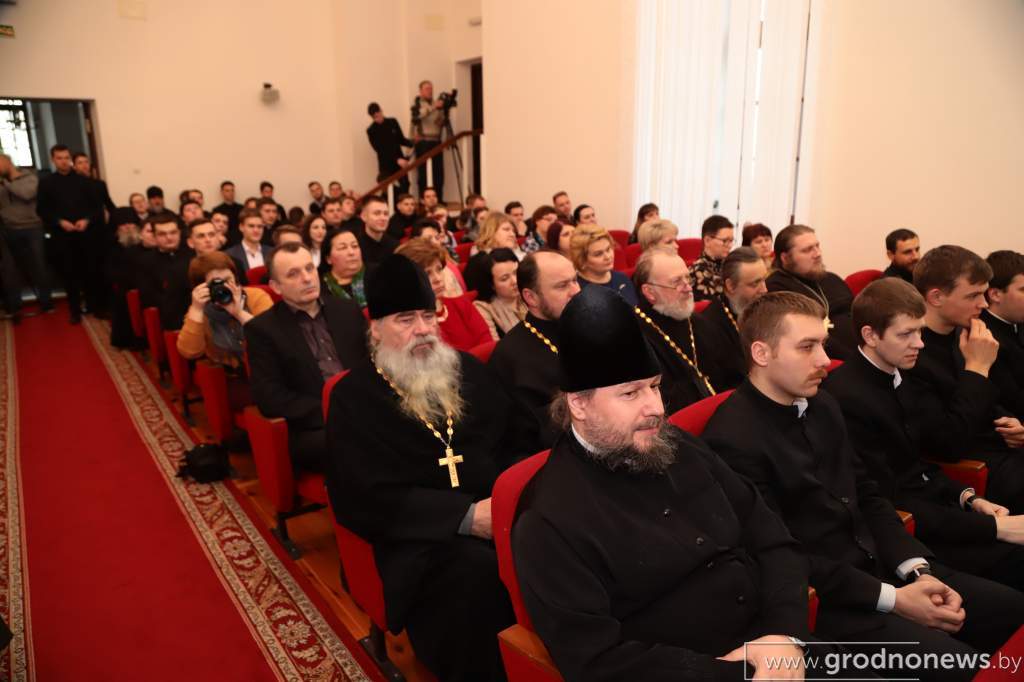 A lot of work on the edition presented today began in 2017.

- There were big breaks in writing the book, but it so happened that separate chapters were created in the Basilica of St. Nicholas the Wonderworker in the city of Bari, near the Holy Mount Athos. The last point in the work on the text was put on 16th of December 2017 in the Intercession Convent of St. Matrona of Moscow, - during the presentation the abbess Gabriela shared.

After a lot of time, the authors worked on the design. During the preparation of the publication, hundreds of archival photographs were digitized, and it took weeks or even months to search for some. You can see here, for example, footage of the 1960s and 70s of the last century. Some of them were made by mother Gabriela herself when she was herself a child. 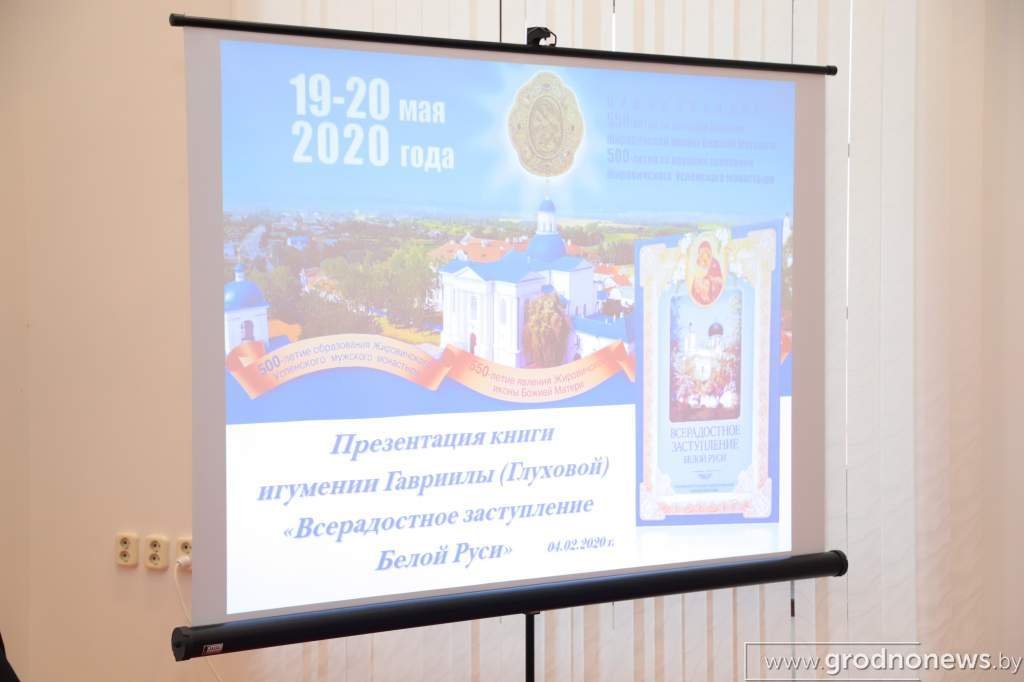 According to the author, this book was written by the heart, if only because the history and fate of the monastery was passed through the heart by the author. In the walls of the monastery passed the childhood of mother Gabriela. One of the few among those present in the hall during the presentation, she was a participant in the celebrations for the 500th anniversary of the miraculous Zhirovichi icon of the Mother of God.

It was noted more than once during the meeting that not a single book was published over the 500-year history of the monastery. In it, by the way, is also about the main economic, ideological trends of different eras. Without this, it would be difficult to understand many aspects of the life of the monastery. Representatives of the Minsk Theological Seminary drew attention to the fact that every new word about the Zhirovichi monastery draws attention to the difficult history of the Belarusian Orthodox Church. 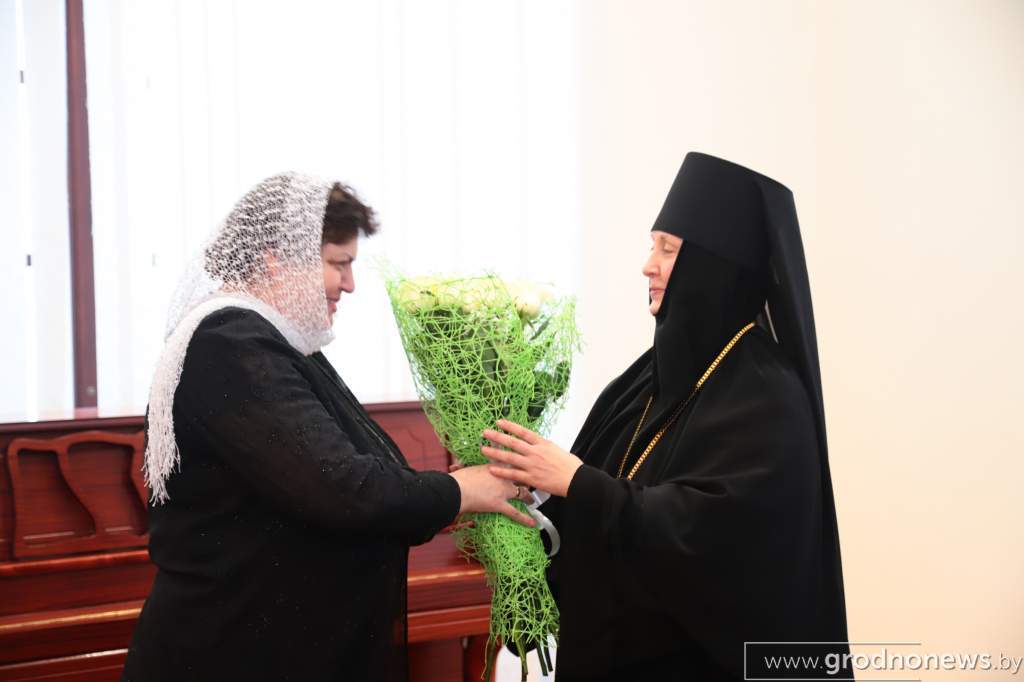 The publication saw the light in three versions - soft, hard and leather bindings. It is even symbolic that it began to be published on 29th of April 29 - on the second day of the Easter, and pictures of the start of this work were captured for the archive. The first reader of the new edition long before today's meeting in the walls of the monastery, according to the author, was His Eminence Metropolitan Filaret. The book received his blessing and a high mark of work done. 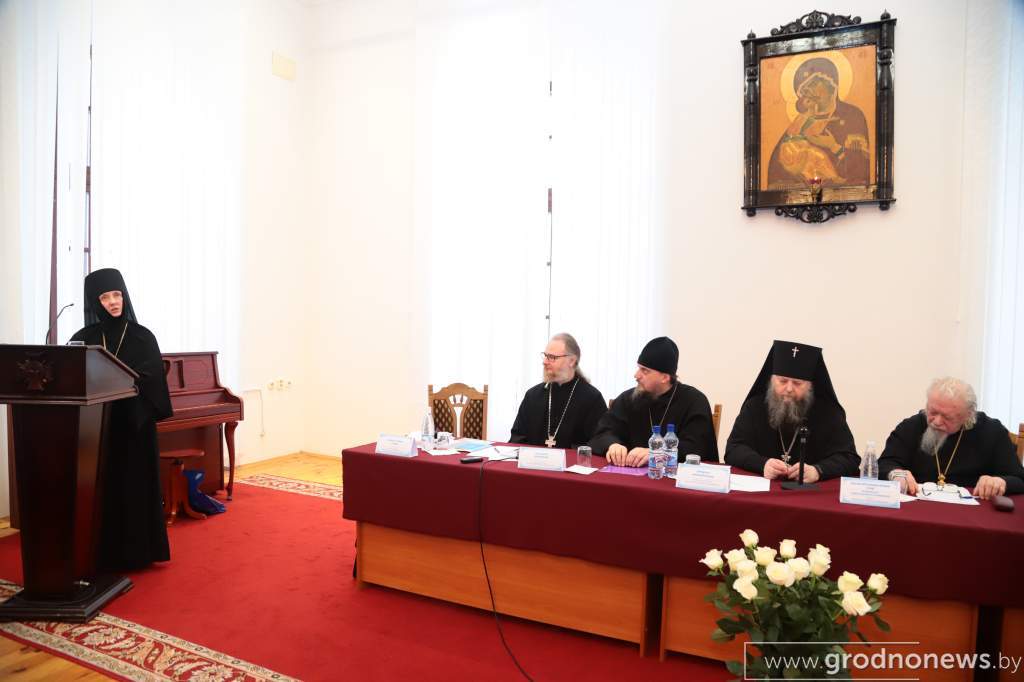 - Anniversary dates will be celebrated throughout the year, but the real epicenter of the holiday will be the date of 20th of May - the day the appearance of the Zhirovichi Icon of the Mother of God. In preparation for the holiday, everyone is trying to contribute. A distant source has already been landscaped, work is underway on the near. A miraculous source is also being improved, which began to hit during the appearance of the miraculous icon. Thanks to the Lord and the leadership of our country and region, repairs are being carried out in the temple and throughout the monastery. One of the most ancient buildings is being restored - the fraternal building, the bell tower is being repaired, noted the governor of the monastery, Archbishop of Novogrudok and Slonim Gury. 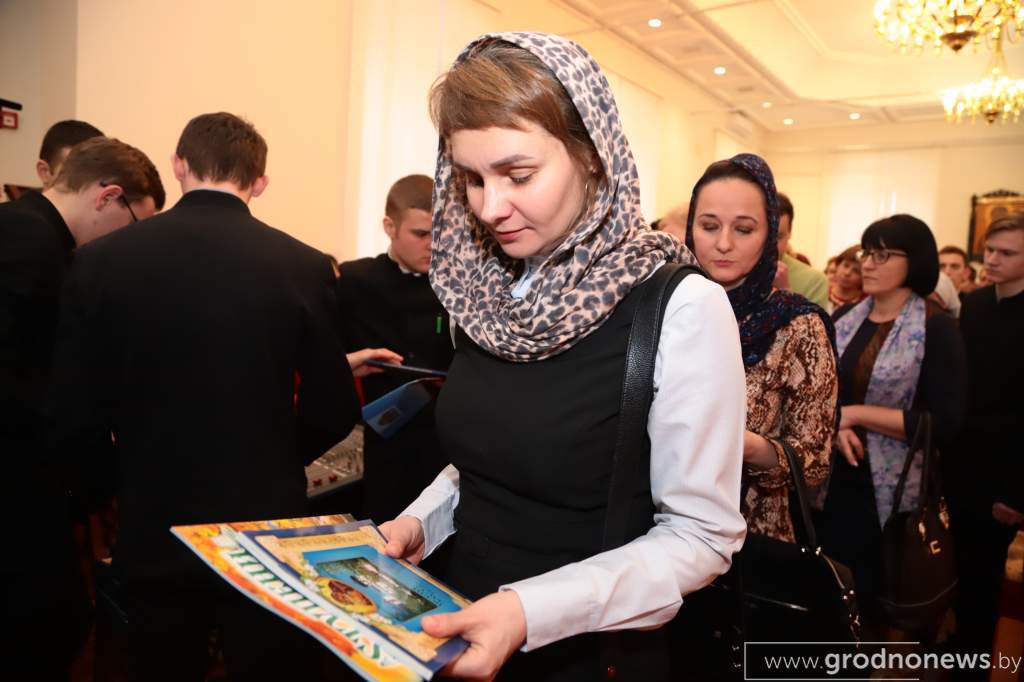 EncyclopediaZhirovichi. The Svyato-Uspenskiy will contain several hundred articles in alphabetical order. Specialists of the Belarusian Orthodox Church, teachers and researchers of the Minsk Theological Seminary and the Minsk Theological Academy, as well as a number of secular specialists who study Belarusian religious history are working on the book. The book is scheduled for release in April - early May 2020.